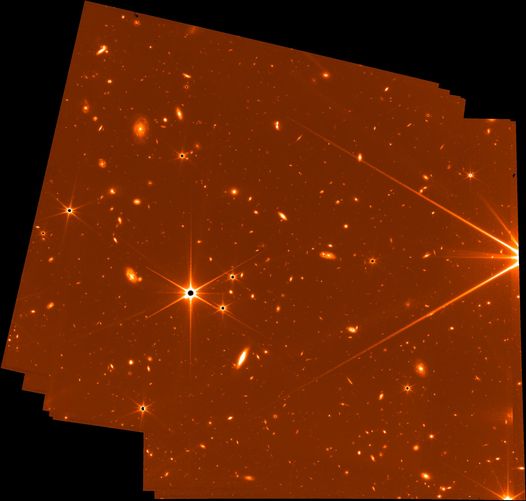 Posted by: Canadian Space Agency
Who wants a Webb teaser? ✋

This engineering test image captured by Canada’s Fine Guidance Sensor on Webb provides a unique preview of the power of the space observatory. 😍

There are only a handful of stars in this image – distinguished by their diffraction spikes. The rest of the objects are thousands of faint galaxies, some in the nearby universe, but many, many more in the high redshift universe. This is among the deepest images of the universe ever taken, according to Webb scientists!

Learn more about this image: https://www.asc-csa.gc.ca/eng/satellites/jwst/news.asp#20220706